If you stumbled across this article thinking that this was going to be a technical synopsis of the art of critical chain application, then you would be dead wrong.

I would rather like to think that it is a large chunk of common sense applied to an innovative technique.

You see, up until now, project managers would determine the activities, their sequences and dependencies, in the form a project schedule with the focus on the time-critical aspects.

So far so good.

But here is the thing.  This schedule was the plan, and a good project manager would track what has actually happened, compare this to the plan, and based on any variance, take corrective action and forecast the future.  This still works.

The main problem with this approach was assuming that all resources were just robotic sheep.

Whereas critical path analysis focused on task duration and their scheduled start and finish dates, critical chain method for more emphasis on the resources – those are required to execute the plan, and also their availability.

The ‘peaking’ of resource levelling is seen as a problem, and the focus is on levelling down while being flexible in their start times while being able to quickly switch between tasks to keep the whole plan on schedule.

So far still so good.  The secret all along was something that I had already learned many years ago from smart project managers.

And that was to keep some ‘time and effort fat’ up your sleeve as a contingency in times of need.

It turns out that at the heart of critical chain is the use of ‘buffers’ in the form of extra time that is kept secret from the specialist team.

I have simplified the description of critical chain here, but its principle remains intact.

Our brains are hard wired to find food, to reduce risk, find partners, and to survive.  As part of being human we also have a tendency to use available time to fill the tasks and activities that we need to do.  A self fulfilling prophecy if you will.

Why should projects be any different?  And the answer is that they are not.

Give a team a critical week to carry out an activity, and they will creatively find the effort to fill it. If they finish early, they will ‘gold plate’ the task to use the time available. 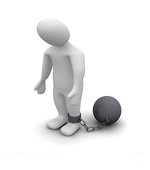 Human-kind is creative and believes that this is the secret to success. Maybe it is.

But once we get near to task completion, Lizard Brain kicks in. We thrash around and do extra stuff that stops us completing. We are wired this way, and it gets in the way of success.

So, I celebrate critical chain, not from the perspective of the brilliant mind that thought it up, but rather to celebrate the pragmatic thinking that lay behind it…

Projex Academy has created the ONLY detailed video training online that you will find, so hop on over HERE and find out more!